FROM ANGELS OF BATAAN 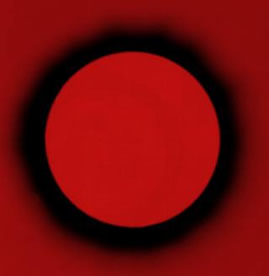 It wasn't supposed to be like this.
I'm very thin. There's not enough
to eat, too much standing in line,
no mail. Lois, who hears all the rumors,
says it's stacked in warehouses
in Manila. People are lonely for
hometown news and sick, too,
but most of our meds are surplus
from the Great War. The children are
restless and even thinner than I am.
Sometimes Japanese are nice to them
yet not to me, but we're supposed to
bow to them. Blackouts make me think
I'm going to die here.
I want my mother. Instead of
vaudeville shows in a prison camp,
I want to see fields of corn
and the hobbyhorse Papa made me.
I'd like to dance cheek-to-cheek
with some hometown boy, get married,
paint a nursery. I'd like to walk
a country road under a full moon.
Sometimes the moon shines
on our sleep mats and makes me cry.
Then my friend, sliding in with me,
puts an arm beneath my head.
As she finger-combs my hair,
she whispers lines from Tennyson,
says, "Forget about the camp and the guns,"
and "Oh, what a beautiful bride
you're going to be."

Without order and work we will never survive.
This camp is guarded, you see, by Japanese
but we run it ourselves. And I was the one
(though many take credit) who labelled the quinine
Soda Bicarbonate so it wouldn't be taken
and the one who said we'd care for the internees
imprisoned with us: Aussies, Brits, French —
other enemies of the Rising Sun, men, women,
children, all of them civilians. In khaki clothes
we've made by hand, we work our shifts.
No days off for heat waves or monsoon.
Only the bedridden are excused. These girls
are unprepared, call me Battle-Axe, but I know
how to whip them into shape. No whining.
No complaints We may be short on emetine
or anesthetic and have no reserves of insulin,
but what we do isn't free choice. It's a higher calling.

ANGELS OF BATAAN is a long poem about the Army & Navy nurses who spent 3 years of their lives in in Santo Tomas Internment Camp in the Philippines following the bombing of Pearl Harbor in World War II. The book was written using hundreds of pages of written and oral documents done by the nurses both during their ordeal and in the years afterwards.       –S.T.